da Payne (President): Brenda’s career in education began at a northern California magnet school for gifted and talented learners. It was there she introduced a curriculum in inventions to her 3rd and 4th grade students that spread throughout the district. She later became principal at a K-8 project-based learning school in Sonoma County, followed by principal of Natural Bridges Elementary School in Santa Cruz, assistant principal at Mission Hill Middle School, and finally principal at Main Street Elementary School in Soquel Union Elementary School District. In fall of 2015 she served as interim superintendent/principal at Pacific Elementary School District in Davenport. It was there that she brought Invention Education full circle back to the 5th/6th grade students at Pacific School, where 4 of the winners from that event continued on to the National Invention Convention Entrepreneurship Expo competition that took place at the US Trade and Patent Office in Alexandria Virginia. Since September, 2016 she has led the first state California Invention Convention competition and has continued to provide fund development, program development, professional development and support to teachers and districts. Brenda’s goal is to bring invention and entrepreneurial skills education to students throughout the state of California.

Grinell Smith (Vice President)  is an associate professor of education in the Lurie College of Education at San Jose State University. Dr. Smith specializes in sociological foundations of education and inquiry science instruction and has been involved in K-12 science education for 19 years, first as a science teacher and lead instructor and science curriculum developer for the University of Alabama’s award-winning Integrated Science program from 1993 to 2004, where he received recognition as the nation’s best K-12 distance educator. At San Jose State, he leverages his expertise as a member of the Teacher Education department, helping K-8 teachers develop in the use of inquiry approaches to science education, and has extensive experience planning, instructing, and facilitating STEM teacher professional development programs, logging hundreds of hours as an in-service provider in connection with several NASA, NSF, and privately funded projects. He is an active scholar whose work examines the role of high-stakes assessment and other recent trends on school practice, instruction, and teacher preparation. His scholarship, teaching, and service is informed by a holistic view of the teacher and the student, and his overarching goal is to help teachers, students, and communities move beyond current narrow conceptions of the purpose of schooling toward more progressive ideals. 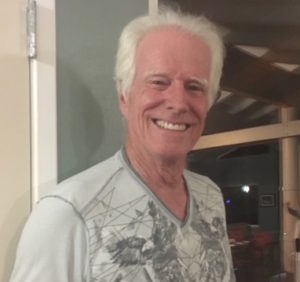 Thomas P. Scully (Secretary)  served for six years on the School Board of the Bonny Doon Elementary District in Santa Cruz County, two years as president.  He is the founder and owner of Experienced Safety Educators which provided training and consulting throughout Silicon Valley.  He was a fire captain for the City of San Jose for 27 years and has been an instructor for the Center for Domestic preparedness in Anniston, AL.  Most recently, he provides safety audits and training for Booster Fuels, Inc.  Tom has authored articles on emergency response and safety has been an invited speaker on safety issues.  In addition to his expertise in safety issues,  Tom has also been a facilitator for the Franklin Covey Leadership Center.

lack  (Treasurer) is the  Principal at Matlack-Van Every Design, which specializes in creative orthodontic and dental office design.  Joyce has specialized in orthodontic and dental office planning and design since 1988. As a licensed interior designer, and dental hygienist, she speaks at conferences and dental graduate programs throughout the country, as well as contributing to newsletters, design manuals, articles and online resources.  She was intrigued early on by the work of the California Invention Convention and sees it as an important component of creating the problem-solvers we will need in our future.

Donald R. Boys is President of Central Coast Patent Agency, a full-service Patent Law firm operating on the California Central Coast for twenty-five years, and specializing in rapidly creating patent portfolios for start-up companies and patents for established companies and for independent inventors. He is a member of the Federal Patent Bar and is a Professional Mechanical Engineer. Don graduated from Purdue University in Indiana with a BS degree in Mechanical Engineering; worked in aerospace engineering at Pratt and Whitney Aircraft in Hartford CT.; worked with General Motors for thirteen years developing robotic and automatic processing equipment; developed automated vacuum systems and magnetically-enhanced sputtering equipment for Varian Associates for seven years; founded Lodep Engineering (which merged with Genus, Inc. to develop one of the first cluster tools) and then moved into the intellectual property world in 1988.

Neel Chandran (Student Advisor) is a sophomore at El Cerrito High School, El Cerrito, CA.  He sees himself as an inventive, creative thinker and hands-on problem solver with a passion for helping the community, with a keen interest in energy and environment.  At the 2020 California invention Convention, he presented the Bamboo Racer which he designed to eliminate non-biodegradable waste being created by e-bikes and e-scooters. He was a winner at that event and advanced to the National Invention Convention. At the 2021 California invention Convention, he was awarded the Chevron Energy Award and advanced to the National Invention Convention for his invention the Regen Cart, a system for renewable energy generation by capturing the energy of people walking in retail stores.

Pavith Khara (Student Advisor) is a rising 9th grader at Basis Independent School in Fremont, CA.  She finds joy in exploring novel ways of solving problems and has strong leadership and mentorship skills, especially around STEM subjects and topics. As a 6th grader from Gomes Elementary School in Fremont, she participated in the 2020 California Invention Convention where she presented the Portable Musical Drawer  – a portable and detachable musical drawer compatible with most music stands to solve a common problem for on-the-go accessories for musician’s instruments- solving a problem that she, as a flutist, knows well.  She advanced to the 2020 National Invention Convention. Pavith says that she loved her experience with CaIC and she sees exposure to the program as a gift that she hopes for every child.

Alexander Peri’s entrepreneurial spirit and passion for education developed through his own educational experiences with a school system relatively inflexible using standardized learning modalities that did not much suit  dyslexia, auditory processing and other learning differences.  His learning challenges and struggles with schools/teachers inspired him to build DagM8, a student focused learning and collaboration tool for college students to get more from every day – a tailored platform to better combat the rampant one-size-fits-all education model experience. DagM8 connects friends and classmates for social and educational collaboration and celebration, empowering each and every student to get the most out of their time at college – helping every student to have more fun and get better grades.  His passion for Technology and Education has ignited his interest into contributing his experience to the California Invention Convention at the intersection of innovation and education —  helping kids invent their futures.

Sonya Richmond was one of the founders of The STEMIE Coalition, which ran the first K-12 National Invention Convention to further share and elevate students’ inventions of promise with peers and professionals. She is proud to work with the dedicated California Invention Convention colleagues and teachers who share the belief that all students are enriched through invention and deserve a forum to display their original thoughts and problem-solving skills.  She works as a grant writer, with a focus on K-12 and higher education.

Gerald Zanzinger has practiced law for over 45 years, mainly in San Mateo County. He first became involved with the California Invention Convention as a judge at the state Convention and was impressed and inspired by the energy and creativity of the young inventors.

Anne Cawley previously worked in the high-tech sector both in major companies and as a consultant in marketing and sales, product development, and business development until she retired in 2006.  She came out of retirement to work with the United Way of Santa Cruz County as Co-Director of Marketing and Community Engagement.  In 2013, she retired (again!), until becoming involved with the California Invention Convention in spring of 2016.  Her duties include creating and maintaining the web site, creating brochures and other marketing materials, assisting with running the state-wide Invention Convention by supporting online registration of students, judges and volunteers.