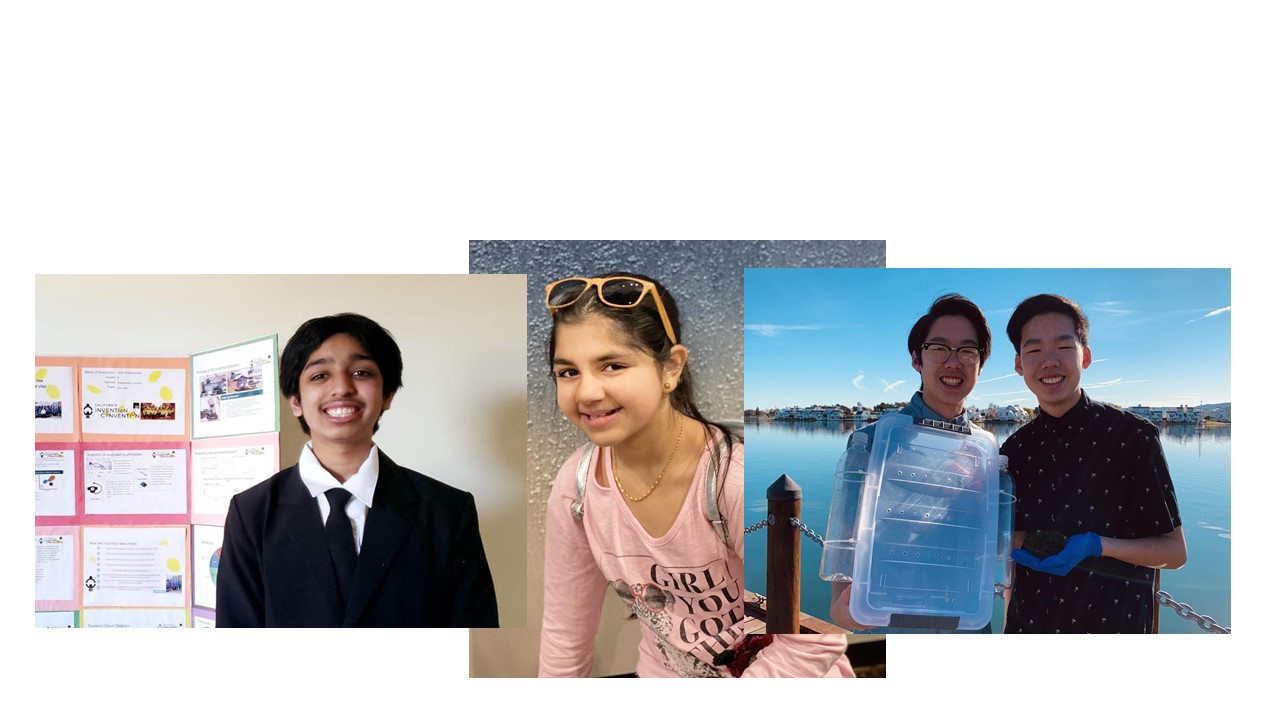 So much to celebrate this year!  In spite of all the barriers to participation created by the pandemic, our teachers, students (and parents!) and judges came through – with over 180 inventors, representing 50 school and after school programs from all across California.  Check out the list of participants and their inventions.

The Awards Ceremony was broadcast on April 23rd.  Our thanks to our Premier Sponsor Maxim Integrated who produced the show for us.  If you missed the awards ceremony or would like to view it again, here is the YouTube link.  The video is 40 minutes.

The Merit Awards (click here for names) went to those inventors within each grade whose inventions showed great promise and effort.

The Industry Focus Awards (click here for names) honored one invention within each of 12 Industry categories.  This year we have two sponsored awards – the Chevron 2021 Energy Award and the California State Railroad Museum 2021 Public Safety / Public Good Award.  Our thanks to them both – and we hope to have even more industry sponsors next year!!

This year 65 inventors are invited to participate (click here for names) in the Virtual National Invention Convention  sponsored by The Henry Ford on June 24, 2021.

The three top awards are the Maxim Best in Show, Central Coast Patent Agency Most Marketable Invention, and The Eagan Family Foundtion Most Innovative Invention.  Read about them below and in the column to the right.

The Problem: The number of people who die due to respiratory illnesses every year is 3 million, couple this with the fact Covid-19 death toll is 2.5 million and we can see the respiratory illness is a bad and ever growing problem all over the world. Mechanical ventilation provides optimized respiratory care for critically ill patients. However the average cost of an ICU ventilator is nearly 40,000 dollars which is too high a cost for low income or developing countries.

Anish’s Solution: ADVENT is a cost effective, reliable, and efficient device that can achieve the duel purpose of vital signs monitoring and automatic ventilation which works in both urban settings during a pandemic or rural settings where healthcare infrastructure is limited.

Anish will be receiving a $250 award from The Eagan Family Foundation.  This award is given in honor of Gail Eagan – Educator, Principal, Superintendent – who helped begin a program of invention education for young students in Northern California, over thirty years ago, which has, today, evolved into the California Invention Convention.

The Problem: Ocean acidification threatens marine biodiversity and global economies. As Christopher and Nicholas explain it “Ocean acidification shifts Earth’s oceans towards pH-neutral conditions.. As a result, fewer carbonate ions exist. This concerns marine organisms such as corals and clams that need carbonate to construct their calcium structures. As humans exploit the burning of fossil fuels, the progression of ocean acidification has left the acidity of the waters to increase by 26 percent since 1850, a change that has been ten times faster than any 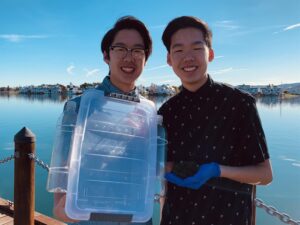 time in the last 55 million years. As the crisis festers, it puts over 4,000 fish species at risk, accounting for 25 percent of marine biodiversity in jeopardy”.

The Solution: Before it’s too late, their invention pioneers a promising solution to ocean acidification.  They selected and modified green macroalgae, chaetomorpha, for its sustainable cultivation and ability to not impede coral growth. To implement the modified chaetomorpha, the team engineered chaeto biofilters to be installed in marine ecosystems. Chaeto biofilters are flotation devices made from environmentally friendly plastics that contain the algae and require no electricity. This solution is environmentally sound and can be economically implemented.

Christopher and Nicholas will be receiving $500 and a Provisional Patent from Maxim Integrated for their achievement. Congratulations to them both!

The Problem: Children have a difficult time keeping their masks in place due to the smaller sizes of their noses, lack of wired nasal bridge on many masks, and the large sizes of the standard masks. 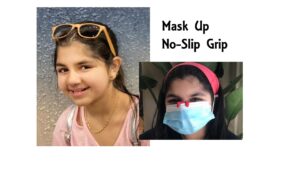 Aahanaa’s Solution: A simple but effective nasal strip/device that allows the mask to remain in place over children’s noses.   The nasal strip/device is specially designed to fit noses of children 6-14 years of age as various strips/devices were created using different noses as molds.

The Central Coast Patent Agency is awarding Aahanaa a Provisional Patent so she can take her invention forward.